Opera and Idea Cellular today announced the launch of Idea Games Club – a premium mobile-gaming app, which is now available exclusively to all Idea subscribers. The subscription to Idea Games Club would allow users to download and enjoy unlimited, full-version premium gaming apps on their smartphones, without worrying about in-app purchases and advertisements.

An Idea customer can subscribe to Idea Games Club either by downloading the app directly from http://Ideagamesclub.in or by sending sms SUB OGCPM to 155223. 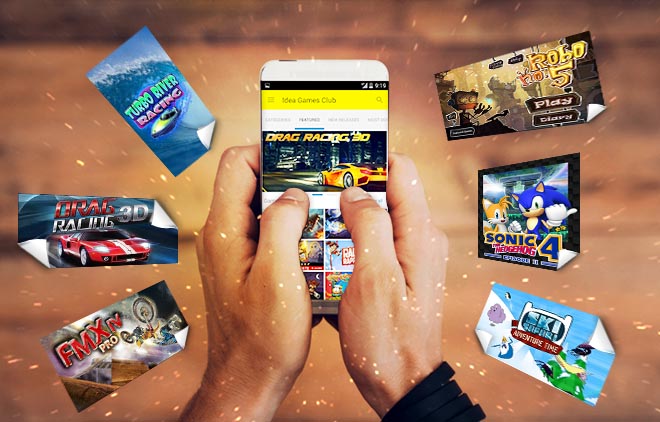 The subscription for Idea Games Club is available to Idea customers at just Rs.29/- per month until 30 June 2016, under a special introductory offer. The app is compatible with Android versions 2.4 onwards and comes with an Advanced App Discovery option that enables users to view the daily-featured apps and the most-downloaded apps. To always provide the best apps, Opera has established close partnerships with over 150 top global and regional publishers and developers who are responsible for some of the best apps in the world.

Announcing the launch, Sashi Shankar, Chief Marketing Officer, Idea Cellular says, “According to a Nasscom survey, around 40-50 million Indians play games on their smartphones, and this number is expected to grow by 50% annually. With the rapid rollout of our 4G services and increased penetration of smartphones in the country, we are providing our customers an array of rich digital services to meet their demand for engaging apps and content, and Idea Games Club is one such proposition.”

Idea Games Club complements the existing free and pay-per-download model from Google Play. The unique, subscription-based model gives customers access to a library of hundreds of premium games, without having to access a credit or debit card. Instead, the subscription amount will be deducted from the prepaid balance or will be added in the bill in case of post-paid account.

“Idea Games Club is the most affordable and convenient way to purchase paid games. The flat subscription-fee model – payable through operators’ billing systems – will save consumers a lot of money and effort compared to buying apps one by one from the traditional app store,” says Sunil Kamath, Vice President for South Asia & Southeast Asia.

The technology behind Idea Games Club is powered by Opera Apps Club, which also brings value to game and app developers by offering an alternative distribution channel. With over six million active subscribers, Opera Apps Club provides an effective channel to get their apps discovered and monetized across the globe with Opera’s operator and OEM partners.

IDEA Cellular is India’s 3rd largest national mobile operator, with over 170 million subscribers. With traffic in excess of 2 billion minutes a day, Idea ranks among the Top 6 country operators in the world. Using the latest in technology, Idea provides world-class service delivery through the most extensive network of customer touch points. Idea is listed on the National Stock Exchange (NSE) and the Bombay Stock Exchange (BSE) in India.

Idea was recognized as the Outstanding Company of the Year at CNBC TV18 India Business Leader Awards 2015, voted by investors as one of Asia’s Best Companies in 2015 by Finance Asia in the categories of Best Managed Public Companies, Corporate Governance & Investor Relations. Brand Idea continued to win accolades for its marketing & advertising prowess in 2015. Idea’s ‘No Ullu Banaoing’ campaign has won marketing effectiveness and strategy awards nationally and at the APAC region, the Jay Chiat Award in New York along with WARC Grand Prix in Asia.

IDEA Cellular is an Aditya Birla Group Company, India’s first truly multinational corporation. The Group ranks Number 4 globally and Number 1 in the Asia Pacific in the 2011 Top Companies for Leaders (TCFL) study conducted by Aon Hewitt, Fortune (the Global Business Magazine) and the RBL Group. It operates in 36 countries, and is anchored by more than 120,000 employees belonging to 42 nationalities. More information on Idea Cellular is available at www.ideacellular.com and on the Aditya Birla Group at www.adityabirla.com