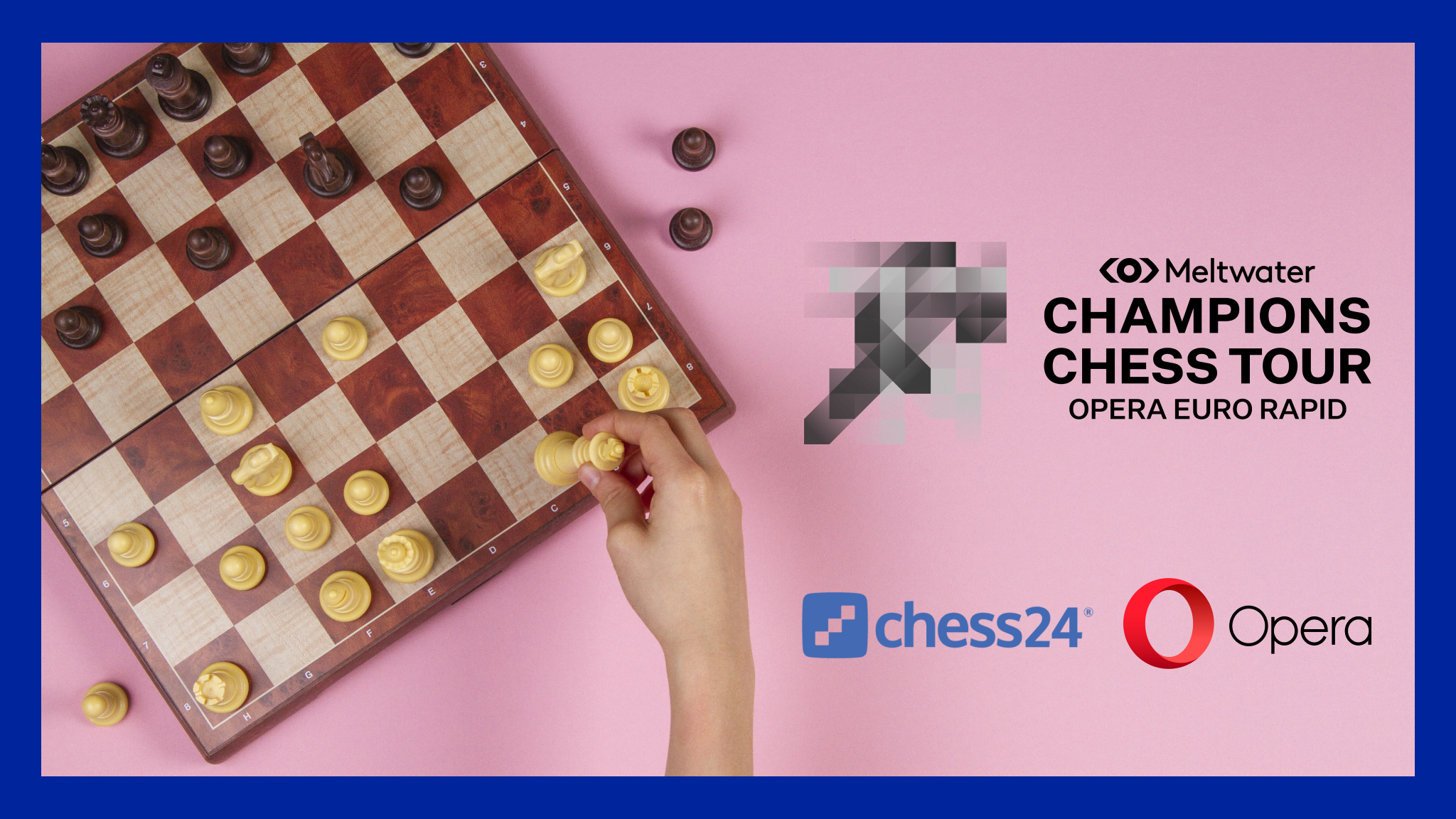 Oslo –  The Nasdaq-listed Norwegian technology company Opera will be the title partner of the Opera Euro Rapid, the next tournament of the Meltwater Champions Chess Tour organized by Play Magnus Group. Opera is also becoming Official Browser Partner of the Tour.

Chess is becoming an increasingly popular eSport, and one of the fastest growing categories on the online streaming platform Twitch. Play Magnus Group, an ecosystem of online chess services founded by World Chess Champion Magnus Carlsen, has taken lead on bringing professional chess online with the Meltwater Champions Chess Tour.

Krystian Kolondra, EVP Browsers at Opera said “Gaming and eSports are becoming an increasingly important part of the browser experience. Chess streaming experienced explosive growth in 2020, and the Meltwater Champions Chess Tour on chess24.com garnered massive viewership. As many of our users are gamers, eSports and chess fans, we believe partnering with the Play Magnus Group and the Tour is a perfect fit for us. We can’t wait to see the games that will be played out during the Opera Euro Rapid.”

Arne Horvei, Tour Director at Play Magnus Group said “Online chess at the highest competitive level requires serious tech, and Opera’s browser is exactly that. The Tour now has two tournaments in the top three most-watched chess events in recent history alongside the latest World Chess Championship. We believe the partnership with Opera – whose products are known, trusted and used worldwide by millions of people every month – represents a massive opportunity to accelerate the popularity of the Tour and chess. We are excited to have Opera as the title partner for the Opera Euro Rapid and the Official Browser Partner of the Tour moving forward.”

The current season of the Meltwater Champions Chess Tour is running from November 2020 to September 2021. Magnus Carlsen and the rest of the world elite players are currently competing in a total of ten online tournaments over a full competitive season. The third tournament, Opera Euro Rapid, will run from 6 February 2021 to 14 February 2021 and broadcast on TV2, Eurosport and the Twitch and YouTube online streaming platforms in multiple languages.

Azerbaijani Grandmaster Teimour Radjabov is currently leading the tour standings ahead of the American Wesley So. World Champion Magnus Carlsen is fourth.

The partnership with Opera comes in addition to the previously announced Tour partnerships with Meltwater, Skilling, Airthings, and Julius Bär.

About the 2021 Meltwater Champions Chess Tour

The 2021 Meltwater Champions Chess Tour will, for the first time in history, determine the world’s best chess player over a full competitive season of online chess. Beginning in November 2020, the Meltwater Champions Chess Tour will feature monthly tournaments culminating in a final tournament in September 2021. The best chess players in the world will compete in a total of ten tournaments of rapid chess. All games will take place online on www.chess24.com with players competing for a total prize pool of USD 1.5 million.

Play Magnus Group is a global leader in the chess industry focused on providing premier digital experiences for millions of chess players and students. The company offers e-learning and entertainment services via its market leading brands: chess24, Chessable, iChess, CoChess, the Play Magnus App Suite, and the Meltwater Champions Chess Tour. The Group’s mission is to grow chess to make the world a smarter place by encouraging more people to play, watch, study, and earn a living from chess.

Opera is a global web innovator. Opera’s browsers, news products and fintech solutions are the trusted choice of more than 380 million people worldwide. Opera is headquartered in Oslo, Norway and listed on the NASDAQ stock exchange (OPRA). https://opera.com