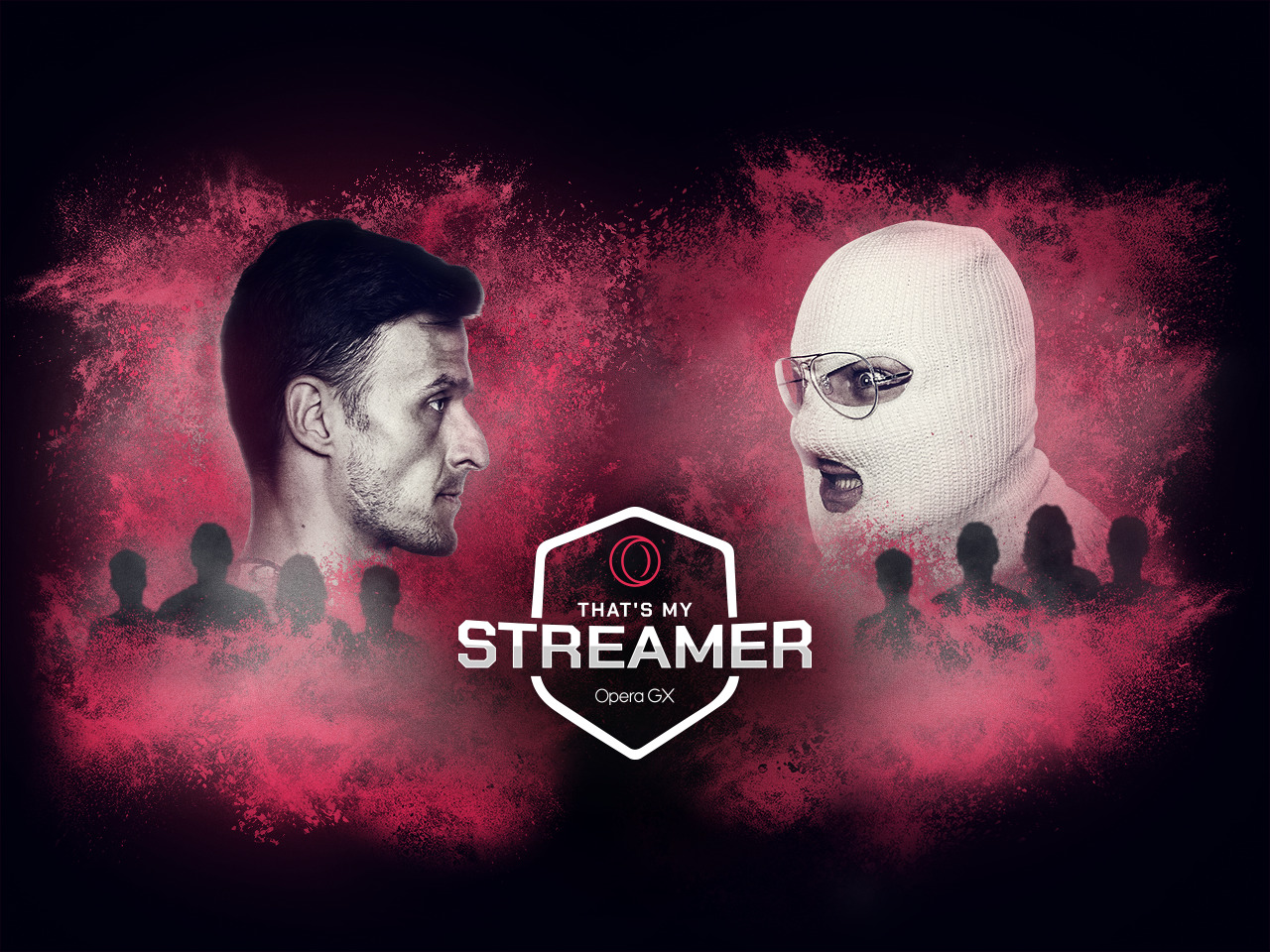 Oslo, Norway – Streamers and professional gamers are the rock stars of today, and many fans dream of playing alongside their idols. Well, dream no more. Opera GX, the world’s first browser for gamers, is offering gaming enthusiasts the unique chance to team up with their favourite streamers while being coached by the best of the best during “Opera GX presents: That’s my Streamer”.

“Opera GX’s DNA is built around gaming and we want to be there for and with our audience. Streamers are rock stars, and what could be a better reward for their fans than to team up with them. What makes this face-off even more special is that the teams will participate in coaching sessions by some of the most experienced gaming coaches in the world,” says Maciej Kocemba, Product Director of Opera GX.

One team will be led by Ludwig “Anomaly” Lagerstedt, a Swedish gamer and streamer known as the biggest non-competitive star of CS:GO. He and his team will go up against ex Virtus.pro-player Jarosław “pashaBiceps” Jarząbkowski and his team.

$10,000 in cash prizes and coaching from famous CS:GO experts

The process begins with Anomaly and pashaBiceps assembling their dream teams before training for the ultimate face-off. The $10,000 prize pool will be divided between the teams, with the winning team getting $8,000 and the other receiving $2,000. Both teams will also receive gaming gear from SteelSeries.

“I was immediately fired up when Opera GX approached me about playing with fans against Anomaly. I’m looking forward to the face-off and could not be more excited. Game on team Anomaly – bring your best people and guns!” said Jarosław “pashaBiceps” Jarząbkowski.

“It’s really events like this that make me less worried and sad about big tournaments being cancelled. When Opera GX contacted me, I knew instantly that this is something I wanted to be part of and the face-off is really a unique opportunity for me and my viewers to work together and STOMP pashaBiceps’ team,” said Ludwig “Anomaly” Lagerstedt

In addition to playing with their favourite streamers, both teams will participate in coaching sessions with famous CS:GO experts. Joona “natu” Leppänen, coach of Ence with 15 years of pro gaming experience, will coach one team. Juha “aNGeldusT” Kurppa, retired professional CS:GO player and partner at Ence with almost 20 years of gaming experience, will be coaching the other team.

For three weeks, the assigned coaches will help their teams with strategy, gameplay, and teamwork. Most of the coaching content will be shared online, giving the audience a unique chance to go behind the scenes and see eSports pros at work, as well as learn a thing or two themselves.

The application deadline is April 18, 2021, after which the chosen gamers will enter the trial phase. After the trials, chosen teams start to train for the final face-off between the teams with pro coaching. This epic final between the two teams will take place in the beginning of May 2021.

In 2019 Opera launched Opera GX, a browser built for gamers with  features that include countless customization options, sound effects, background music, a gaming-inspired design, as well as CPU, RAM and Network Bandwidth limiters that make the browser less resource-hungry and leave more of the computer’s resources for gaming. Opera GX has exceeded 8 million monthly active gamers and grew over 250% year-over-year in February. Opera GX continues to receive high ratings (4.84 out of 5.0). It also recently launched  Discord server which quickly became number one in the Science & Tech community with more than 275K members.