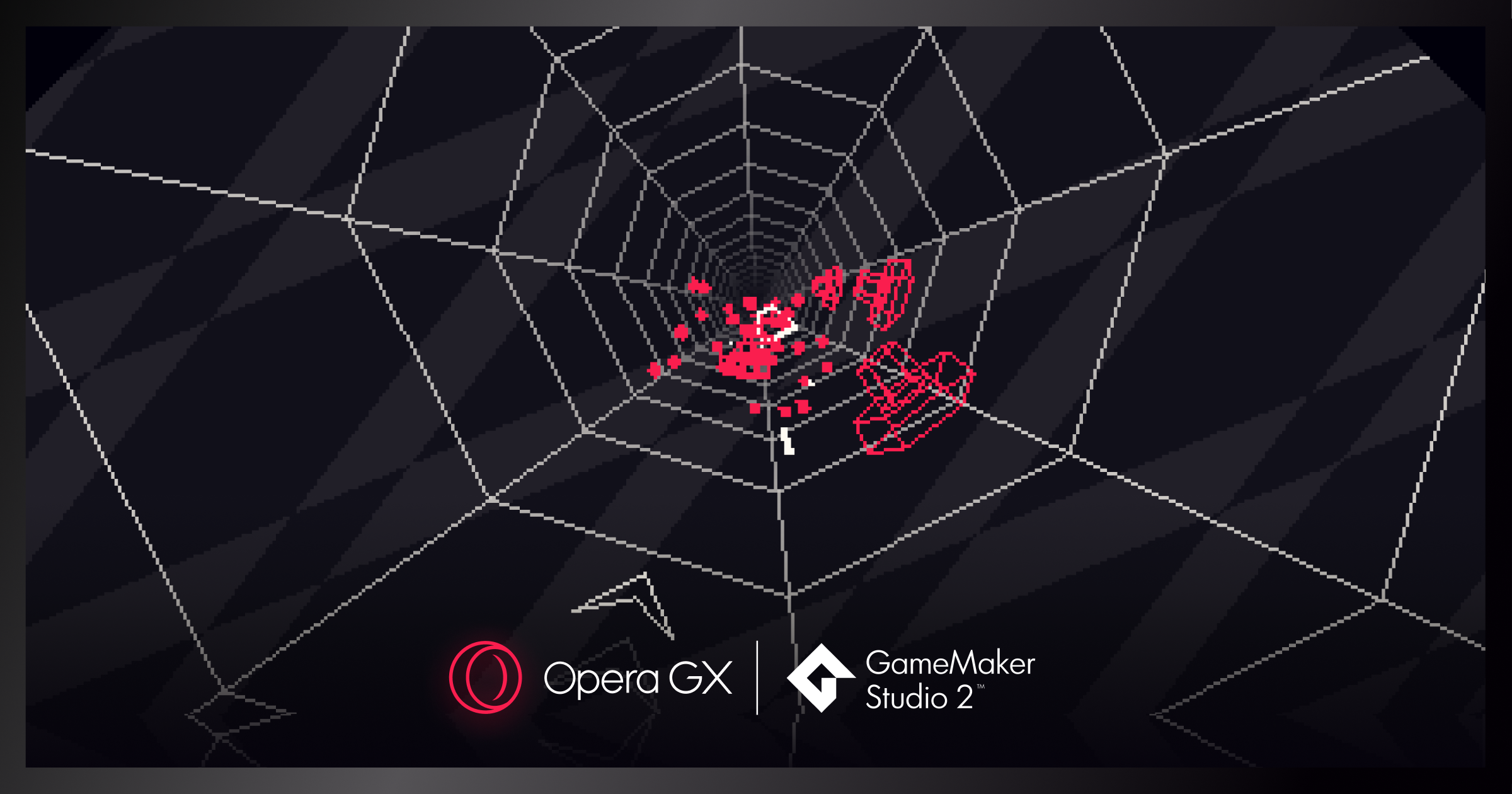 No WiFi? No problem! Created in GameMaker Studio 2, Operius has won the Game Jam to become the Opera GX Browser’s first offline mode game and is playable starting now

21 October, 2021 – Dundee, Scotland and Oslo, Norway – We’ve all experienced the unexplainable horror of having to deal with some flakey internet connections. In those moments where the WiFi is gone, Operius will help take your mind off your frustration with its fast-paced arcade gameplay. Created in the game creation suite GameMaker Studio 2, Operius is playable in the Opera GX browser today. The game will appear whenever your network crashes. Those with a stable connection who really want to try Operius, can simply type opera://operius in Opera GX’s address bar.

Designed by Mors, Operius is set in a world where all of the world’s computers simultaneously lose their connection to the internet, with a strange UFO that is hovering in the sky appearing to be the cause of the outage. The only way to restore the planet’s internet is to navigate through the inner workings of the UFO and take it down from the inside, a task that involves shooting hordes of alien invaders and dodging obstacles to advance to the next level.

In July, Opera GX launched its “No Internet” Game Jam to find the game that would keep its audience of more than 10 million gamers entertained whenever they lose their connection. With more than 900 entries, all created in GameMaker Studio 2, the competition was ferocious. But one game, Operius,  elevated itself above the rest and emerged triumphant after topping the public polls that saw eight hand-picked games garner over 100,000 votes from the Opera GX and GameMaker communities.

Operius features razor-sharp, retro-inspired vector graphics which pay homage to the great space-based arcade shooters of the eighties with a pulsating high-adrenaline soundtrack written by Catonator. Being offline doesn’t mean you can’t play together: Operius features an offline two player mode: all you need to do is share your keyboard with another person and enter the two player mode.

‘We believe gamers deserve a better game than jumping dinosaurs or surfers. That’s why we started the Opera GX game jam and found Operius. Operius is a highly addictive ultimate offline game to rule them all,” said Maciej Kocemba, Head of Opera GX.

“With Operius, I wanted to make a fun arcade-inspired shooter to take the players’ minds off  being offline and perhaps even make them forget they were supposed to get back online in the first place,” said Mors.

‘In creating the shortlist, we were looking for a game that’s fun to play, looks and sounds fun and, most importantly, that you want to play over and over again,’ added Kocemba.

Alongside becoming the new offline game in Opera GX and saving many a gamer from what is otherwise an incredibly frustrating experience, Operius developer Mors, also receives a $10k cash prize. Two runners up Aliens Stole My WiFi and Nettie & Settie Save the Internet also each receive cash prizes of $7k and $3k respectively.

Luckily, users won’t have to rip out their router to play Operius, as it is available to play when you don’t have connection issues in GXC. GXC is Opera’s upcoming self-publishing platform and will allow indie game makers to publish their GameMaker Studio creations directly to the platform and for free – for other users to enjoy and give instant feedback. Operius, as well as Aliens Stole My WiFi and Nettie & Settie Save the Internet will be available in GXC.

In 2019 Opera launched Opera GX, a browser built for gamers with features that include countless customization options, sound effects, background music, a gaming-inspired design, as well as CPU, RAM and Network Bandwidth limiters that make the browser less resource-hungry and leave more of the computer’s resources for gaming. Opera GX has seen tremendous growth over the past year with a user base of more than 10 million highly engaged monthly active gamers. Opera GX’s user base grew 350% between 2019 and December 2020 and it continues to grow at a fast pace. Opera GX continues to receive high ratings (4.7 out of 5.0). It also recently launched Discord server which quickly became number one in the Science & Tech community with more than 450K members. In June 2021, Opera GX became available on mobile devices as the world’s first mobile browser designed for gamers.