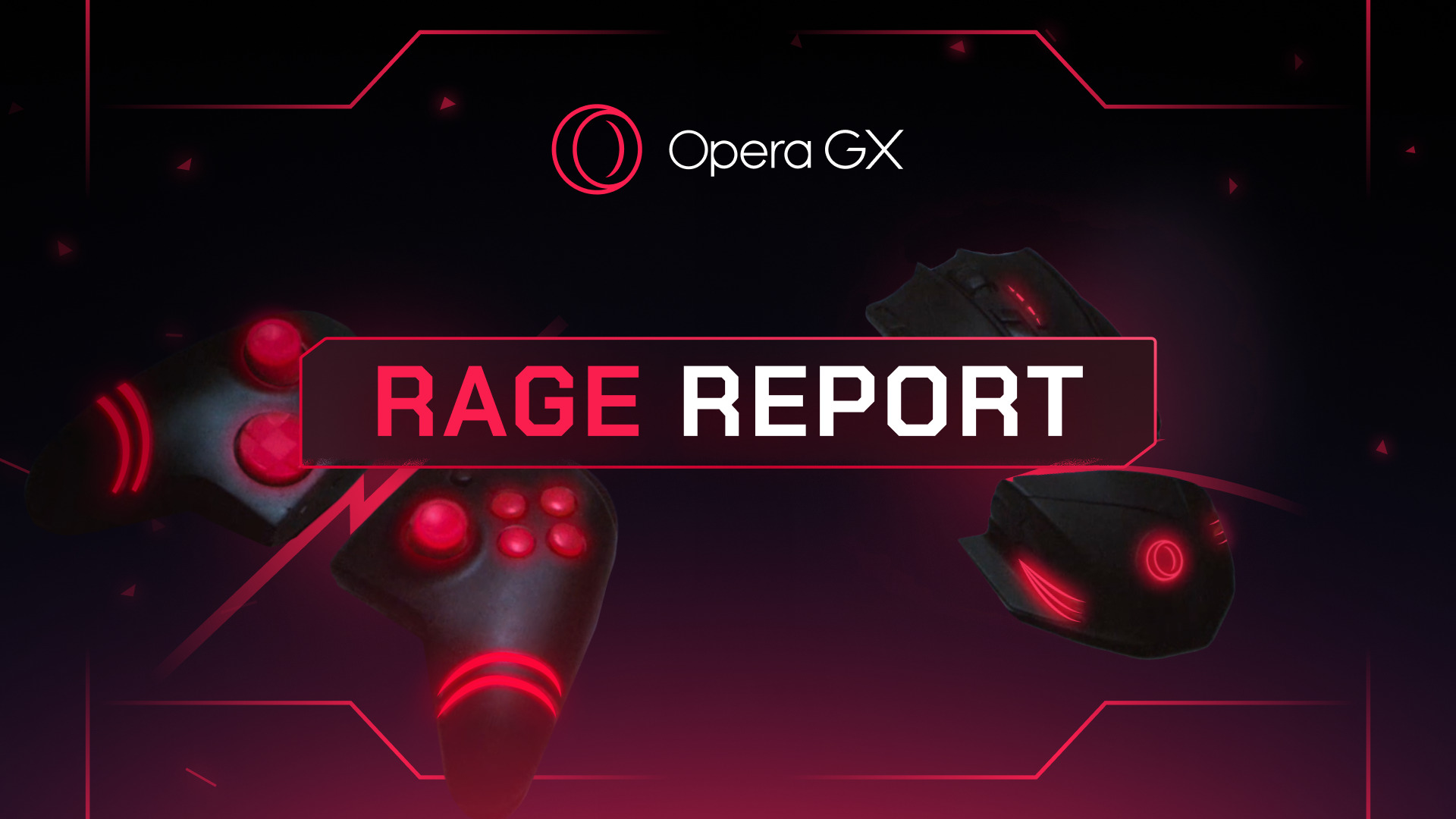 Opera GX asked gamers about losing control and its impact on others.

– One in four gamers has destroyed their gear out of rage

Oslo, Norway – Losing our temper while gaming is not just the stuff of memes but also a pressing issue that many of us struggle with while playing video games. An Opera GX survey found that more than two thirds of gamers (65% UK, 69% US) get angry when they lose, while even more (85% UK, 83% US) become irate if lag, or a poor internet connection ruins their game. And when Gamer Rage strikes, they usually take out their frustrations on the things they truly love most: their gear.

One in five UK gamers (19%) and one in three US gamers (29%) admit to having destroyed their accessories in the past. To highlight these issues, Opera has released a video showcasing the Anger Controller, an imaginary set of super durable gaming peripherals that can withstand even the most extreme rage.

“Anger Controllers are our tongue-in-cheek way of highlighting the very real issue of rage and anger management amongst gamers, which impacts many individuals including those they play with,” said Maciej Kocemba, Head of Opera GX.

Opera GX has teamed up with Dr Alok Kanojia, also known as Dr K.—a Harvard-trained psychiatrist and leading gaming mental health advocate, to present tips that will help gamers keep their anger in check and manage their frustrations associated with gaming. Dr. K. will be joined by Cr1TiKaL in a discussion about gamers’ mental wellness that will be streamed on June 6 at 7PM PST in GX Corner inside the Opera GX browser. The tips will then be displayed on Opera GX’s website.

The scale of gamers’ frustrations is extensive: Most gamers have either struggled with their own anger issues, or felt the wrath of other stressed out players. For example, almost two thirds of respondents (73% UK, 74% US) have had to reflect on their own angry outbursts in the past, while the negative attitudes of other players has made half of respondents (46% UK, 49% US) feel down at times. Moreover, 18% of UK and 32% of US respondents revealed they had been bullied while gaming, while a quarter of UK gamers (25%) and a third of US gamers (38%) said their own aggressive comments had ruined the atmosphere.

Opera GX offers a little oasis of calm for gamers, with no lag and access to all the industry news they need. With unique features like CPU, RAM and Network limiters, GX delivers the best of both gaming and browsing for a zen-like online experience. GX also comes with Twitch and Discord built right into the browser’s sidebar, so gamers can always stay connected with the things they love.

For tips from experts on how to effectively manage gamer rage, go to www.opera.com/gx/angercontrol

Opera GX can be downloaded directly from the home page here: https://operagx.gg/GXVdownload. Opera GX is available on Windows, Mac, iOS and Android. GX Profiles is available in Opera GX on Windows.

The discussion between Dr. K and ​​Cr1TiKaL on gamers’ mental wellness will be streamed in GX Corner inside Opera GX at 7 PM PST on June 6, 2022 and rebroadcast for European gamers on June 7 at 8 PM CEST

Since its inception in 2019, Opera GX has quickly become the browser of choice for millions of gamers seeking a more custom internet experience. Along with countless customization options including color themes, sound effects, background music, and a gaming-inspired design, GX includes CPU, RAM and Network Bandwidth limiters that make the browser less resource-hungry and leave more of the computer’s resources for gaming. The browser also includes a Hot Tabs Killer feature, which lets users “kill” the most resource-draining tabs and GX Cleaner to purge those old unwanted files. Opera GX launched its own Discord server which now has more than 400k members.