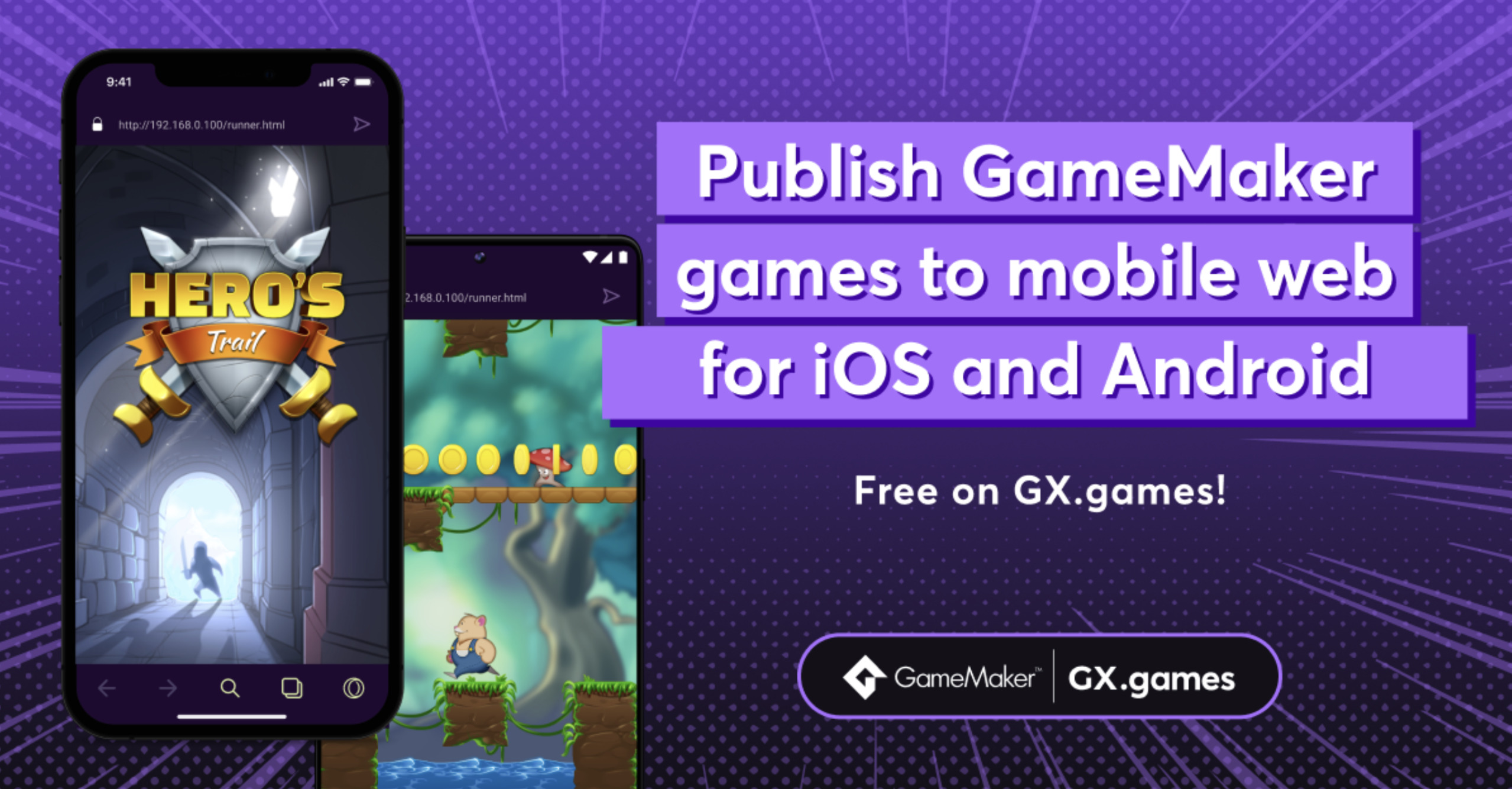 Opera [NASDAQ: OPRA], the company behind Opera GX, the world’s only browser tailor-made to gamers’ needs, and GameMaker, the fastest and friendliest cross-platform game development technology, today present a new way to publish mobile games to the mobile web on both iOS and Android. GX.games is the platform where game creators meet the massive, 16-million-strong audience of Opera GX. Starting today, they can publish games accessible on both iOS and Android with just one click.

Thanks to web assembly, the games will run with native-like performance regardless of the mobile platform. Users get the added benefit of not having to download them. GX.games also offers game creators a platform to showcase and test their still unpublished projects. Games can be easily shared with their testing audience by simply creating a single link which works across desktop and mobile, so developers don’t have to worry about building different versions for each environment.

Once published, users will be able to play those games on their mobile devices without needing to download or install them. The mobile version of the GX.games platform is entering beta today, but will not feature playable games until the first GX.games mobile game jam, taking place soon.

“We want game creators to be able to spend most of their time creating games, not figuring out the complex issues of compatibility. Building a mobile game and making it available on every mobile device via mobile web has just become super easy with GameMaker and GX.games mobile,” said Joanna Czajka, Product Director of GX Games.

Once creators and developers have designed their game using the latest version of GameMaker, the multi-million downloaded 2D game development engine, it can easily be shared to GX.games mobile. Millions of gamers will then be able to play the game on GX.games mobile from within Opera GX mobile – the gaming-centric version of the Opera browser.

In the near future, GX.games will present new ways for players to enjoy the games together and new monetization models for game creators.

Launched in November 2021, the GX.games desktop platform already features over 1500 games designed with GameMaker, from across a wide range of genres. GX.games is now looking to replicate the success of the desktop version by inviting developers to share their creations to GX.games mobile, to join the growing library of titles available across all mobile devices.

GameMaker recently introduced new tools making it easy for game developers to create multiplayer games without programming experience. All of which can be done quickly without having to worry about servers, lags, pings, disconnects and all the other nightmares that network programming can bring.

GameMaker (formerly GameMaker Studio 2) is the fastest and friendliest cross-platform game development technology out there. GameMaker has been completely redeveloped with usability and efficiency at its core, allowing artists and game creators to make games within a single code base and then publish them to run natively across multiple platforms including Android, iOS, HTML5, PlayStation, Xbox, Nintendo Switch, Windows Desktop, OS X, Ubuntu, Windows UWP. The GameMaker family of products is offered by YoYo Games, a wholly owned Opera subsidiary. GameMaker has been downloaded more than 10 million times since 2012. The team behind it is based in Dundee, Scotland. GameMaker was acquired by Opera in January 2021.

In 2019 Opera launched Opera GX, a browser built for gamers with features that include countless customization options, sound effects, background music, a gaming-inspired design, as well as CPU, RAM and Network Bandwidth limiters that make the browser less resource-hungry and leave more of the computer’s resources for gaming. Opera GX continues to receive high ratings (4.7 out of 5.0). Its Discord server quickly became number one in the Science & Tech community with almost 500K members. In June 2021, Opera GX became available on mobile devices as the world’s first mobile browser designed for gamers.