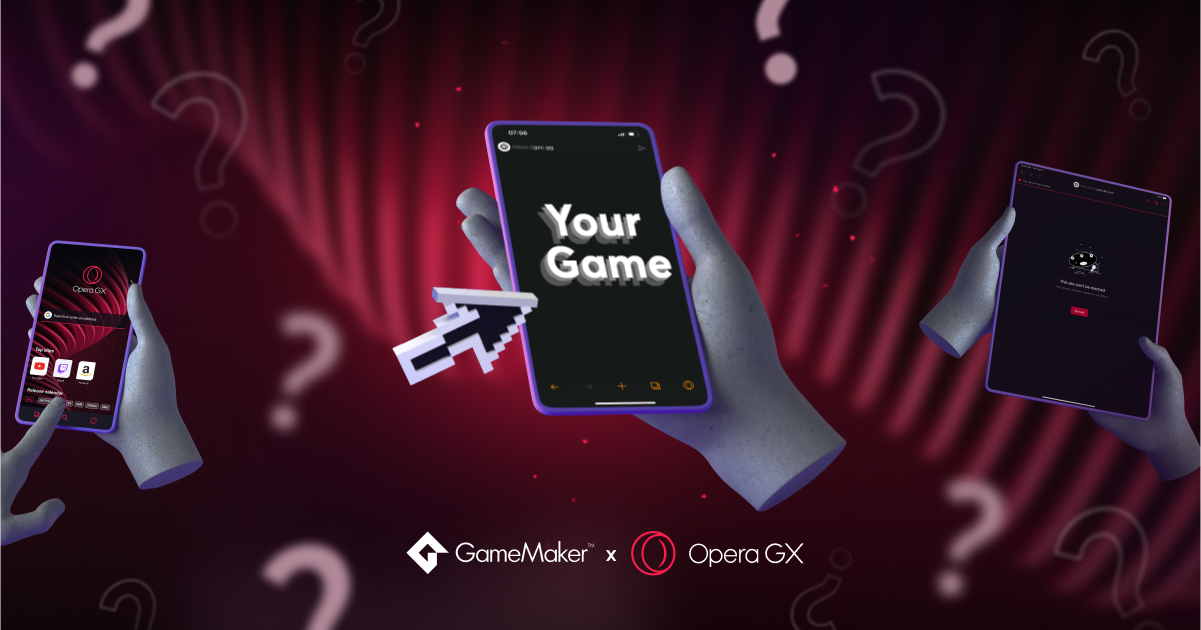 Dundee, Scotland and Oslo, Norway –  Every mobile gamer lives in fear of their mobile data running dry whilst being nowhere near a WiFi connection – or of the connection slowing down, making it impossible to check Discord, Tiktok, or Instagram. While some mobile browsers offer prehistoric solutions to the slow-internet or no-internet nightmare, isn’t it time we had something more inspiring?

On a mission to make offline boredom extinct once and for all, Opera GX, the world’s first web browser built specifically for gamers, today announced the launch of the Opera GX Mobile Game Jam. The event offers a golden opportunity for developers to create the ultimate in-browser game, that will go on to be played by millions of players across the world whenever their mobile device goes offline or their internet speed becomes frustratingly low.

“All the other in-browser mobile games were created ages ago, behind closed doors. But as the only browser built specifically for gamers, we’re incredibly excited to be putting this awesome opportunity to create the first Opera GX offline mobile game into the hands of our passionate community of game developers and users. After all, they’re the ones that are going to be playing it when the nightmare of no data or WiFi strikes,” said Maciej Kocemba, Product Director at Opera and creator of Opera GX.

Web browsers often feature simple offline games that can be played via the application when the user’s internet connection drops. Those games include a prehistorically simple dinosaur game and a not particularly thrilling surfing adventure. Opera GX is out to change this and offer a thrilling alternative made, like its browser, for true gamers. In 2021, the desktop version of Opera GX ran a Game Jam to create its first offline game. The competition was won by Operius, the first thrilling offline game, which has already been played millions of times. Now, the team set a bounty to find the best mobile offline game and to offer it to Opera GX mobile’s vast audience.

Hosted in partnership with GameMaker – the fastest and friendliest cross-platform game development engine – the Game Jam, running from (October 4th, 2022), is offering $36,000 in total prize money, with $10,000 going to the ultimate winner. The remaining prize money will be distributed between the top 5 runners-up, with a portion going to titles that receive the most plays.

The voting process will begin with an internal review by Opera, after which the chosen titles will be put up for a vote on social media to select the top 10. This makes Opera GX the only internet browser that is putting the future developments of their service into the hands of the community.

Opera GX is the only browser designed for gamers, as it offers a myriad of customization options, including color themes, sound effects, background music, as well as CPU, RAM, and Network Bandwidth limiters designed to leave more of the computer’s resources for gaming.. Opera GX Mobile is its mobile version available on both Android and iOS.

This latest Game Jam comes off the heels of multiple previous events held by Opera, which, in addition to the current title available in the desktop GX browser, have also seen over 1,900 unique games built and submitted for inclusion. Opera plans to keep the community involved with future developments as its service grows and expands.

Since its inception in 2019, Opera GX has quickly become the browser of choice for millions of gamers seeking a more custom internet experience. Along with countless customization options including color themes, sound effects, background music, and a gaming-inspired design, GX includes CPU, RAM and Network Bandwidth limiters that make the browser less resource-hungry and leave more of the computer’s resources for gaming. The browser also includes a Hot Tabs Killer feature, which lets users “kill” the most resource-draining tabs and GX Cleaner to purge those old unwanted files.