Opera Mini, the fast mobile browser, is the most downloaded app in Google Play in nine countries and is among the top 3 or higher in 18 countries. 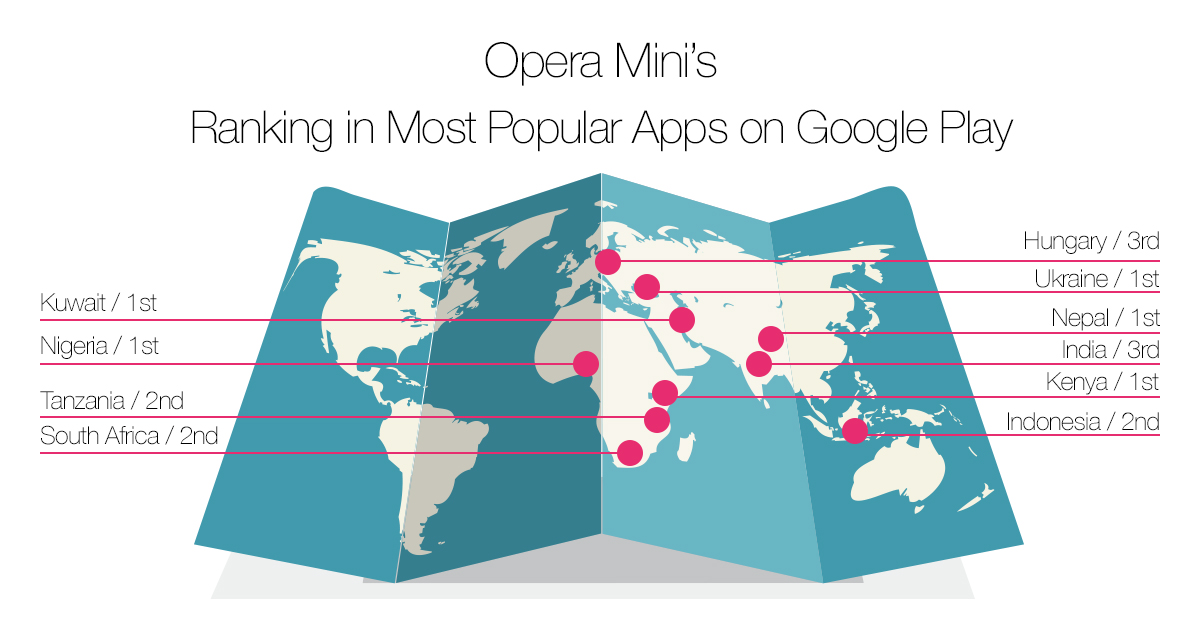 “The strong reception in the market really shows how users all over the world appreciate the fast and secure access to the internet that Opera Mini givesthem,” he continues.

About Google Play and Android

Google Play is a digital distribution platform operated by Google. It serves as the official app store for the Android operating system. Android has proven to be the operating system to beat, with over 81% of market share among smartphones in 2014, according to IDC, the global market-intelligence firm.

Opera has a strong focus on growing on the Android platform, with a goal of reaching some 275 million users by 2017, a doubling of Opera’s current Android user base of 130 million.

Opera Mini is a free data-saving mobile browser. Opera Mini features an always-on data-saving mode that compresses websites down to as little as 10% of their original size. This compression allows users’ data packages to last longer, while speeding up their internet browsing. Opera Mini currently has an average Play store score of 4.4 out of 5.