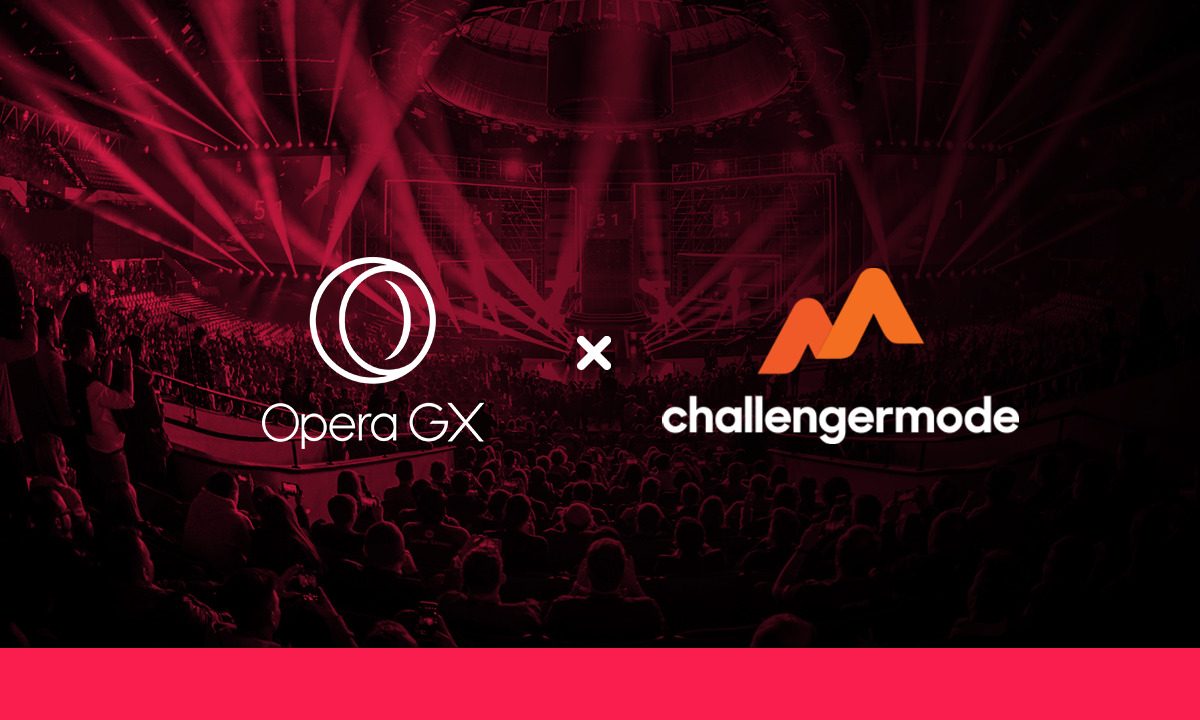 Stockholm and Oslo: Leading global esports platform Challengermode has teamed up with multi-platform web browser Opera GX to create the world’s first grassroots esports fund, with the aim of  accelerating the growth of small emerging esports organisers in the UK, US and Germany. Think local sports clubs but for esports.

With a focus on supporting grassroots esports organisers in US, UK and Germany through prize pools Opera GX and Challengermode will enable these gaming communities to scale up and cut costs while simultaneously providing them with a scalable platform to reduce overheads.

Unlike other grassroots esports funds that largely focus on providing individual players a path to pro, Challengermode and Opera GX’s offering is focused on the ground level infrastructure that is needed to foster long term esports engagement – increasing accessibility and the staying power of small scale esports initiatives. The initial round will focus on organisers in Valorant, CS:GO, League of Legends and Teamfight Tactics.

Philip Hübner, Chief Business Development Officer at Challengermode said: “Grassroots esports communities act as the introduction to esports for thousands of players around the world. But because of the evolving nature of the esports space local and third-party efforts organisations are often fragmented, underfunded, and lack the polish you’d expect from an established sport. These are pain points we want to eliminate with this fund, empowering esports organizers to easily create their own dedicated space for their community, reducing their costs and giving players a respectable prize pool.”

Maciej Kocemba, Product Director of Opera GX: “Opera GX has a long association as a browser of choice to complement gaming, so partnering with Challengermode to encourage the next generation of esports players is a natural fit for us. So much of the money and attention in the esports industry orbits around the very top tier of competition, with little trickling down to the grassroots level. We want this fund to give grassroots organisations real staying power, making them institutions similar to existing local sports clubs.”

A total of $30,000 will be distributed to the various organisers through the fund, with external platform support provided by Challengermode to streamline setting up tournaments and competitions. Organisers will be given the opportunity to register their interest via the Challengermode website here. The application period starts today and will remain open throughout the duration of the three month campaign while applications are assessed.

Challengermode is a Swedish technology company founded in 2014, with the mission to make esports truly accessible for gamers. Challengermode is building a platform that provides the fundamental online esports infrastructure for all relevant stakeholders within the ecosystem. With 2.5billion people world-wide playing computer games and hundreds of millions of people watching professional esports tournaments monthly, Challengermode’s platform – which hosts millions of competitions yearly – is the place for regular gamers to congregate, practice or compete in esports. Its best-in-class tech automates complex tournament infrastructure through game integrations and allows gamers to easily play in competitions, tournaments and leagues across any device or console, while enabling community building and monetization at scale for organizers of all kinds.

Opera is a global web innovator, headquartered in Oslo, Norway and listed on the NASDAQ stock exchange (NASDAQ: OPRA). In 2019, Opera launched Opera GX, a browser built for gamers with features that include built-in Twitch and Discord in the browser sidebar, countless customization options, sound effects, background music, a gaming-inspired design, as well as CPU, RAM and Network Bandwidth limiters that make the browser less resource-hungry and leave more of the computer’s resources for gaming. Opera GX continues to receive high ratings (4.7 out of 5.0) and you can download it on http://go.cmode.gg/CMOperaGX. In May 2021, Opera introduced Opera GX Mobile (beta), the world’s first mobile browser designed for gamers, available on Android and iOS.