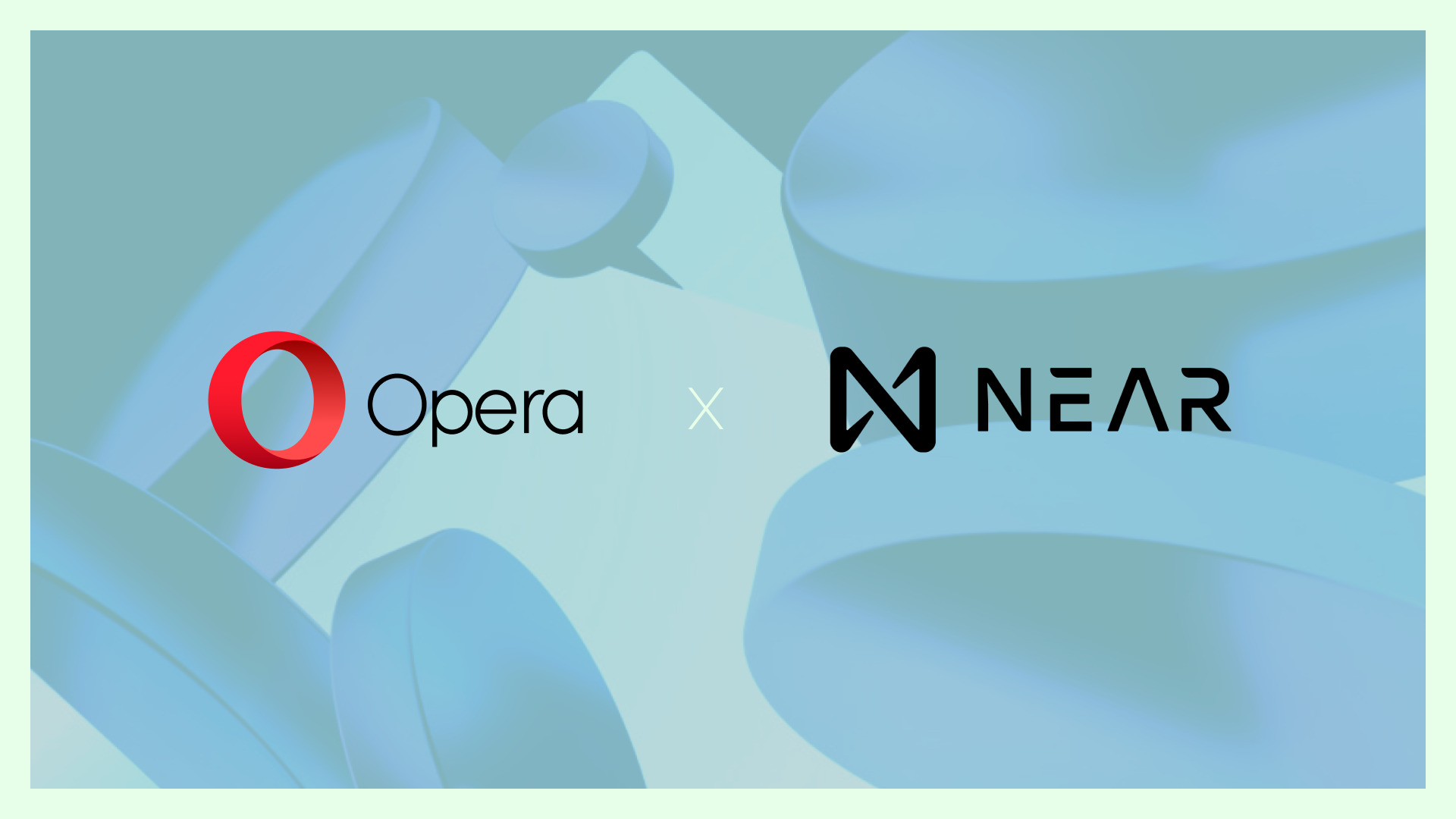 The web browser’s hundreds of millions of users will be able to easily access and transact on the NEAR blockchain and with NEAR tokens within Opera.

Oslo, Norway — Opera, the world’s first browser with Web 3 capabilities and a built-in crypto wallet, today announced plans to support NEAR Protocol, one of the world’s emerging blockchains, through a new integration via Opera’s native crypto wallet. The collaboration not only opens Opera up to a new audience of blockchain and crypto enthusiasts that are part of NEAR’s rapidly growing community, but it also gives application developers relying on NEAR increased reach through Opera’s massive user base. Opera users will be able to enjoy speed and scale with low gas fees 1000+ times cheaper than Ethereum. They will be able to transact NEAR assets directly within the Opera browser and experience NEAR’s permissionless Rainbow Bridge that supports transferring ERC20 and ERC712 tokens with Ethereum.

NEAR will become another Key Layer 1 blockchain to be incorporated into the Opera browser, making Opera’s non-custodial wallet truly multi-chain. Opera is the browser of choice for hundreds of millions of users worldwide. In 2018, Opera became the first major browser to include a native crypto wallet and Web 3 support. Opera’s novel features allow people to make transactions and interact with the blockchain-based internet of the future, also known as Web 3.

The company’s decision to introduce NEAR support to its wallet integration marks another step in the development of future-oriented applications, which talk to as many blockchains as possible, providing the most seamless experience to the users and is climate neutral. Integrating NEAR directly in the Opera browser’s crypto wallet means users will be able to easily send and receive NEAR tokens via a seamless user interface without any third-party browser extensions or separate wallet applications. Opera and NEAR are both aligned to making crypto accessible, easy to use and easier to build on. Through this browser integration, users’ crypto experiences will be significantly more enjoyable.

“I’m excited about the mass market reach of Opera meeting NEAR’s rapidly expanding ecosystem of easy-to-use applications. NEAR is the first blockchain that’s ready for mainstream adoption. It’s important to continuously lower the barrier to adoption of the Open Web, and this is a significant step in that direction.” says Co-founder of NEAR Protocol, Illia Polosukhin.

NEAR is scheduled to be available in Opera’s browser for Android in the near future.

NEAR Protocol is a high-performance blockchain platform for developing Open Web applications. Easy to build on and easy to use, NEAR will bridge the users of today’s internet to the blockchain-based web of the future.

NEAR Protocol is built by a world-class team of engineers and entrepreneurs, including world champions of ACM-ICPC, Google Code Jam, and TopCoder Open. NEAR is backed by top VCs such as A16Z, Pantera Capital, Electric Capital, Dragonfly Capital, Coinbase Ventures, Blockchain.com, and Baidu Ventures.

Founded in 1995 in Norway, Opera delivers browsers and AI-driven digital content discovery solutions to hundreds of  millions of people worldwide. The company remains one of the most innovative browser creators in the world.  In 2018, Opera became the first major browser to include a native crypto wallet and Web 3 support and has continued to pursue blockchain initiatives through its wholly owned subsidiary Blueboard. Opera is listed on Nasdaq under the OPRA ticker symbol. For more information see: www.opera.com Twitter: https://twitter.com/Opera