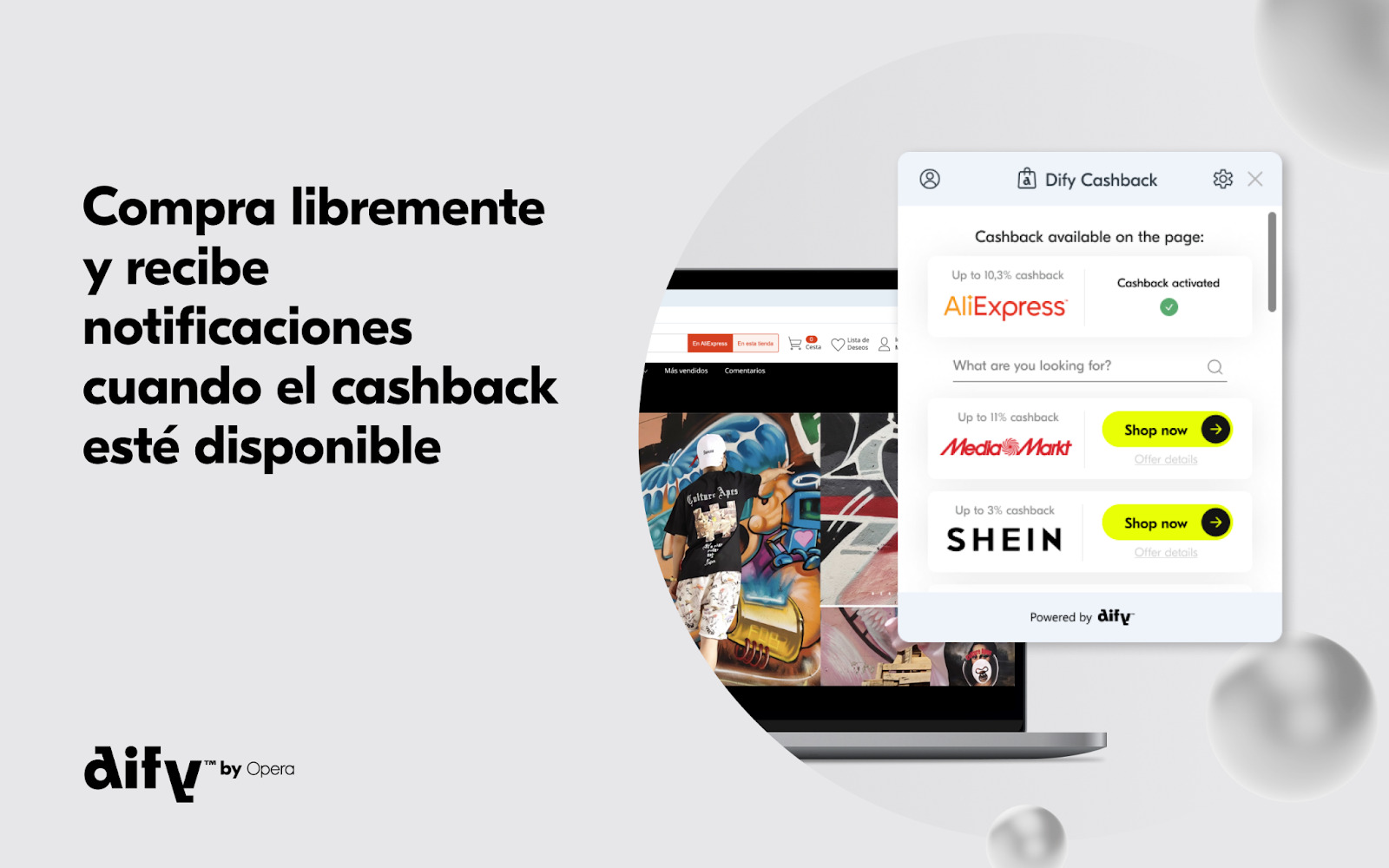 20. July 2021. Oslo, Norway – Today, Dify, the cashback with the highest and fastest rewards* from Opera, one of the world’s major browser providers with hundreds of million of monthly active users globally, becomes available in Opera GX, Opera’s unique browser for gamers,as well as an extension for Chrome, Firefox, and other Chromium based browsers to extend its benefits to a larger audience.

When using the Dify cashback browser extension, users can now automatically collect cashback on their online purchases every time they shop online. Not only do they get notified when cashback is available, but they can also review deals and search for participating brands. Additionally, they have direct access to their cashback profile where they can view the cashback status from previous purchases and transaction history.

Similarly, Dify has added a new feature to its cashback called Hot Deals. This benefit allows users to find the best deals of the day with cashback up to 5 times higher than the usual cashback offered by these merchants.

John Toskey, VP E-Commerce at Opera, said, “Dify was born to revolutionize financial services. We started with online shopping and in just three months we have managed to offer the best and fastest cashback for our users,  securing partnerships with the main players in the sector. We want Spaniards to get the highest cashback when shopping online.”

The company has also announced that it has added PayPal as a payout method, allowing Dify users to receive cashback paid out to their PayPal account.

Partnership with leading brands in sectors such as tech, retail and travel

Dify has surpassed 400 merchant partners in Spain in just three months since its launch. Merchants include companies such as Media Markt, Booking, AliExpress, SHEIN and DIA.

The Dify cashback service, which chose Spain as its first market, has closed deals with the main retail, technology, and travel sites. Dify has also managed to reduce the waiting time to receive cashback to 30 days for the majority of its partners, significantly less than the industry average which can be as long as 365 days. 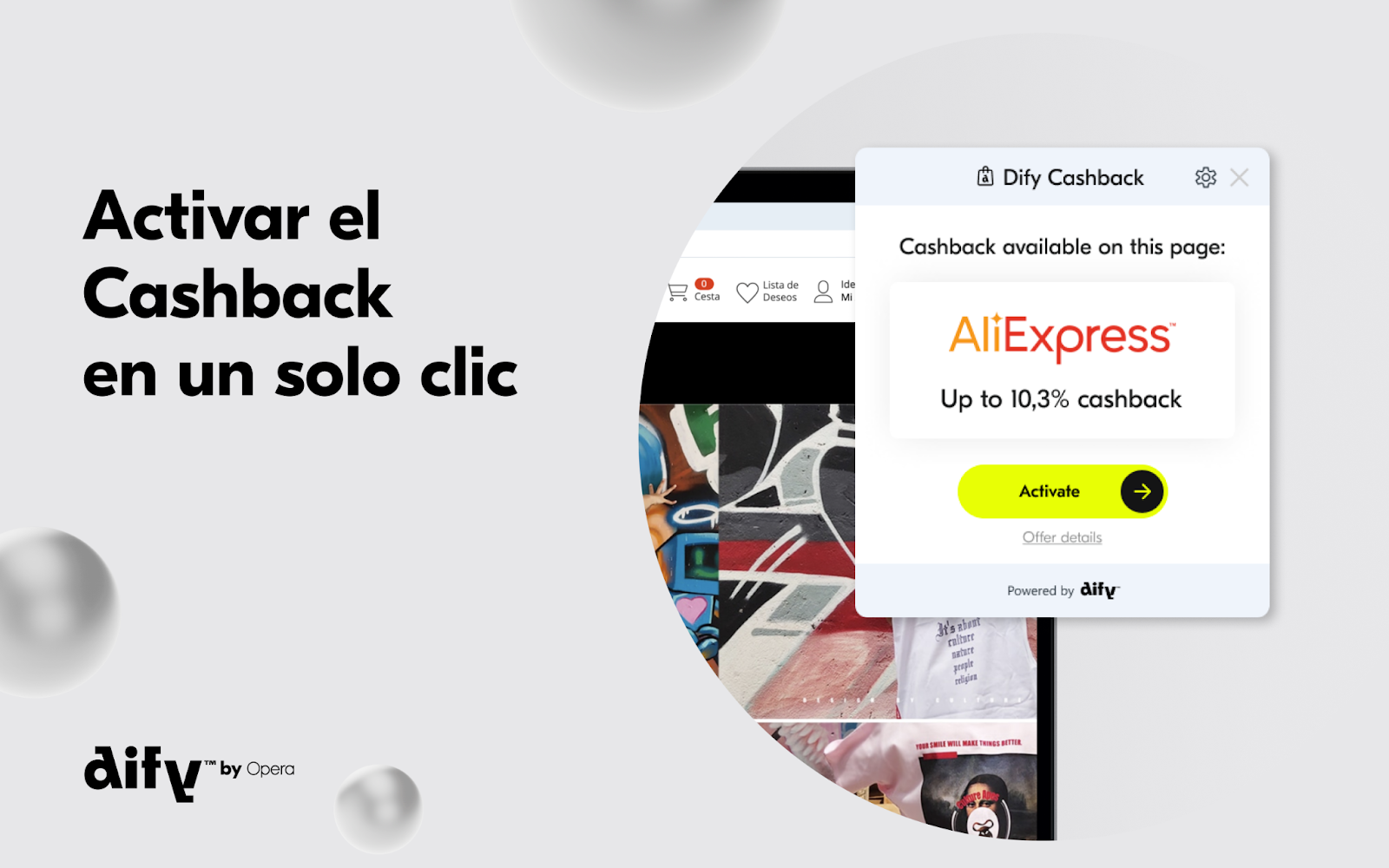 Dify allows users to get cashback for their online purchases. In addition, those who choose to pay with the Dify card will receive additional cashback. The Dify cashback service is currently offered in Spain with more European markets to follow in the future. For more information go to https://dify.cc/et1.

Dify built by Opera, uses the company’s expertise and track record in delivering cutting-edge internet browsers and has been specifically designed to bring an intuitive, mobile-first approach to financial services. Dify uses technology from the Opera browser and has been crafted and designed in Europe to provide modern shoppers  with the highest quality online experience by making it safer, more personal and more rewarding.

Founded in 1995 in Norway, Opera delivers browsers and AI-driven digital content discovery solutions to millions of people worldwide. The quickly growing company remains one of the most innovative browser creators in the world. Opera is listed on Nasdaq under the OPRA ticker symbol.