Jon Hicks, the renowned graphic designer, has joined Opera Software to lead its desktop design team. He will be responsible for the user interface of Opera for computers, which is used by more than 55 million people.

Previously, Jon Hicks worked for companies including Mozilla, Skype and Spotify. He has created logos, emoticons, interfaces and identities for leading brands in the tech industry. With his iconic logos, such as those for Mozilla and MailChimp, he has become something of an icon himself. 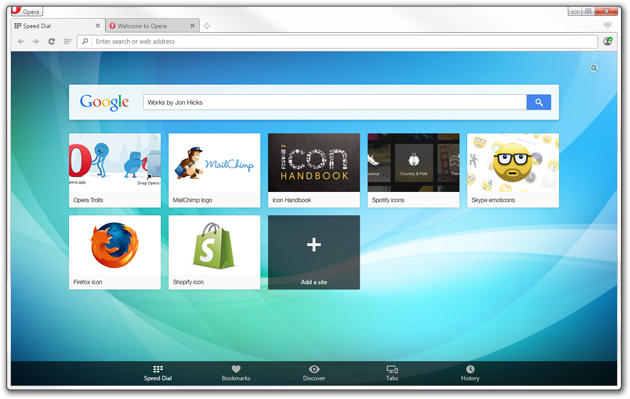 Hicks, who previously worked with Opera on icons and graphics, will now work on defining and implementing an overall strategy for Opera’s desktop user interface, which is known for its simplicity and sleekness. With its combination of elegance and functionality, it exemplifies craftsmanship.

“You might think about software design as the work of individuals, but it’s the team spirit that makes it successful,” says Hicks, Lead Designer at Opera Software. “As a Brit, I would compare it to football – it’s got its rules, schemes and demanding audience. I’m happy to join Opera’s strong Desktop team to bring new design solutions in upcoming season,” adds Hicks.